Witness the Illusive Augmented Reality Heritage and Reincarnate the Past

Witness the Illusive Augmented Reality Heritage and Reincarnate the Past

Adding the tools of the virtual world to real world to enhance user experience is what augmented reality (AR) refers. An interface between the virtual and real world is the best explanation for AR. Some people find it less exciting than virtual reality, but AR is a useful tool in everyone’s everyday life. AR is enhancing our experience of watching, hearing and feeling things by introducing tools of the virtual world like sound, graphics, and tactile feedback. Instead of presenting entirely virtual the globe, AR overlays the virtual context over your natural world and connects you better with the real world.

The history behind it:

In the late 60s, Ivan Sutherland was the first to interpret computer-generated information to the real world. He created a head-mounted display as the first AR device. Since 90s AR didn’t get much fame but now it is gaining great popularity in every field from social media filters to surgical procedures. AR gives the users a mixed feeling of reality and virtual world, and this is what that is bringing success to it. 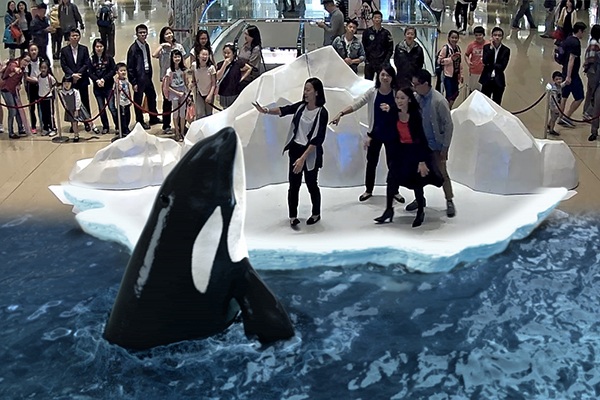 Patterns such as QR codes are used as markers and camera is used to distinguish the tag from other objects of the real world.

Velocity meters, GPS, accelerometer and digital compass, is used to collect information based on your location access. Smartphones and other location detection devices make use of this technology. AR is useful for location-specific applications.

It works on the principle of replacing any object partially or entirely with virtual objects. The most important role is played by object recognition property to make it possible to detect object entirely and replacement efficient.

The devices that work on the principle of AR are entirely untethered, and they do not need any cable or connection to operate. Over a pair of see-through glasses, images are superimposed that make it possible to view both original and synthetic lights.

The information provided by augmented reality is highly relevant to what users need and topical, and this is what contributes to its large range of applications. Smartphones and mobiles applications, location detection devices, and a lot of other fields are there that makes use of AR. From a simple text notification to the complicated surgical procedures AR finds vast applications.

How to control AR?

There are mainly two ways to control AR, voice control and touch pad. Although both work in a nearly similar way, a little difference makes them both unique. Commands can be sent by taping over the screen and swiping on any specific spot to control your device. Similar is the case with voice command; a microphone helps you to control the device. The user gives commands by speaking, the device then performs desired functions.